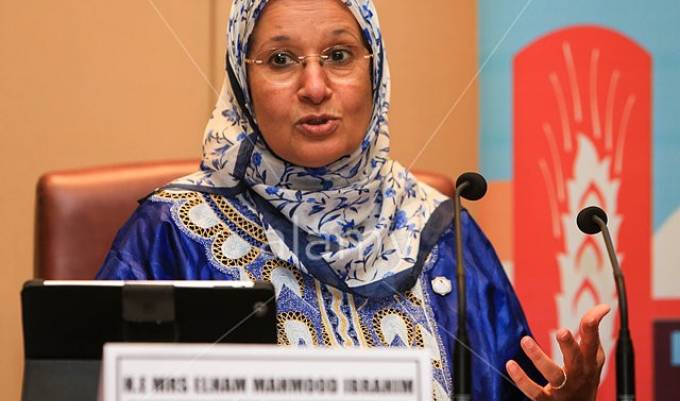 The African Development Bank (AfDB) is providing funding for various infrastructure projects on the continent, as the Africa Union steps up efforts to interconnect countries and encourage the growth of tourism.

“That is why the African Union through the Programme for Infrastructure Development in Africa (PIDA) programme is implementing various regional and continental infrastructure projects. Water, energy, transport and ICT are the main focus of the PIDA programme. Any of them is essential for promoting tourism on the continent.

“There is now support from financial institutions like the African Development Bank to support the AU’s infrastructure projects so that we can drive from Alexandria to Cape-Town.”

Poor inter-country infrastructure on the African continent, for decades, has limited economic development and tourism.

Indeed, these have for decade’s limited intra-Africa trade — with AU member-countries trading more with their European and American counterparts than members-states.

This could indicate a lack of development for regional value chains and low levels of trade in intermediates between African countries.  There is need for further improvement in intra-Africa trade volumes, the report noted.

The Ghana Export Promotion Authority (GEPA) data show that 34% of the country’s Non-Traditional Exports end up in the EU market, 10% in other developed countries, and about 32% for the Economic Community of West African States (ECOWAS) market.

Among projects being facilitated by the AU are the Cairo- Cape Town, and Dakar-Djibouti corridors.

“The Cairo- Cape Town corridor is progressing very well. For each project there is one head of state facilitating that project. There is also the Dakar-Djibouti corridor,” Dr. Ibrahim said.

“West Africa is progressing a lot. There are so many projects in the energy, roads and transport sectors. This is an opportunity to congratulate the Economic Community of West African States (ECOWAS) for implementing the Trans-ECOWAS highway to transverse five countries. West Africa is doing well, and I wish other regions can do the same,” she said.

Similar studies conducted in Ghana also confirmed that completed and maintained roads lead to 20% increase in trips to hospital, 65% lowering of costs of travelling to market centres, 41% reduction in cost of travelling to welfare facilities, and 23% increase in the price of maize received by farmers — thereby empowering them financially. The road sector network actually carries about 95% of goods and people.

Various development communities across Africa such as the Southern African Development Community (SADC) and the Economic Community of West African States (ECOWAS), recognise the development of major road transit corridors as a key facilitator to trade and economic development.

About 56% of the entire 1,083km Abidjan-Lagos corridor spanning from its Eastern border with Togo to the western Border with Cote d’Ivoire is in Ghana.  This corridor is said to contribute about 65% of economic activities within the ECOWAS sub-region.

The corridor has attracted funding of about US$120million from the World Bank’s International Development Agency (IDA) for a project to reduce trade and transport barriers in the ports and on the roads along the Abidjan-Lagos coastal corridor in Ghana, Togo and Benin.  This project is known as the Abidjan-Lagos Trade and Transport Facilitation Project (ALTTFP).