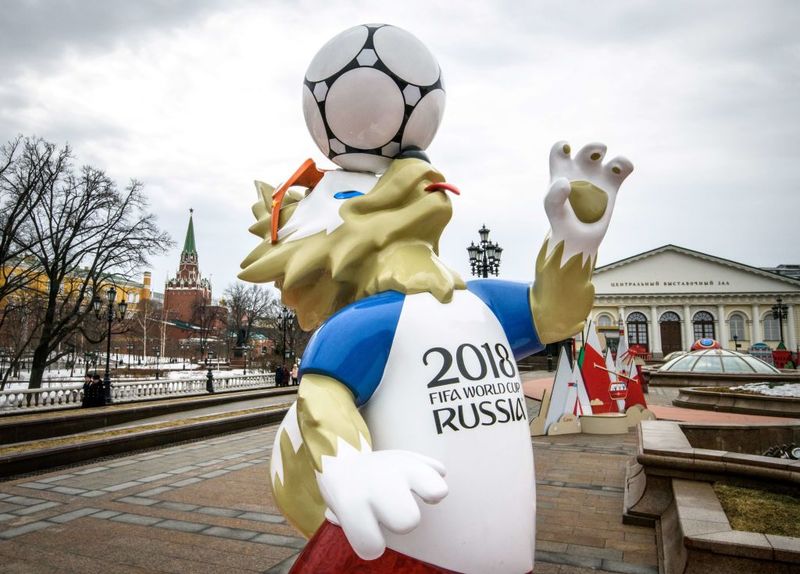 If the record cost of the Sochi Winter Olympics of 2014 was the embodiment of Russian government wastefulness, the soccer World Cup, which starts on Thursday(today), appears far more restrained.

Yet, despite its best efforts to bring expenses under control, President Vladimir Putin’s regime still hasn’t learned how to be parsimonious.

The most-often quoted cost assessment for the Sochi Olympics is $51 billion, $11 billion more than the second most expensive Olympics, the 2008 Beijing summer games.

The Russian government has never admitted spending that much. Instead, it has cited laughably low numbers: Putin himself mentioned 214 billion rubles (some $6.4 billion at the January 2014 exchange rate).

I prefer the more detailed analysis provided by a team led by the anti-corruption activist Alexei Navalny: $45.8 billion, all but 3.5 percent of it paid out by the government, state companies and VEB, the state development bank.

That represents a per-capita expenditure second only to Greece’s disastrous splash on the 2004 Olympics and an unprecedented cost per set of medals ($510 million, compared with $117 million in Beijing and $104 million in Vancouver in 2010).

By contrast, the World Cup doesn’t appear to be as wasteful. According to an April report from the organizing committee, the total amount spent on preparations is 683 billion rubles, or about $11 billion at the current exchange rate.

This time, no independent group is arguing with the assessment. When Russia bid for the World Cup, it said it would spend $3.82 billion to restore stadiums and build new ones; it ended up spending 4.3 billion.

That was an overrun, but not on the scale of Sochi, where the skating palace was supposed to be constructed for $44 million but ultimately cost $272 million.

Russia’s total costs compare unfavorably with the 40 billion rand ($5.2 billion at the June 2010 exchange rate) the South African government and local budgets spent on the 2010 World Cup, but they are smaller than the record $15 billion spent on the 2014 World Cup by corruption-plagued Brazil.

In addition, $4.8 billion of the total amount went toward the renovation of airports and other useful infrastructure that Russia needed regardless of the World Cup.

Of course, Putin cronies, among them some sanctioned individuals, received large government contracts. This time, however, the government, including the fearsome law enforcement agencies, kept an eagle eye on the construction projects.

Ziyavudin Magomedov, a large World Cup contractor, was arrested in March for the alleged embezzlement of government funds budgeted for construction.

In February, the Russian Sports Ministry sued several contractors, including a company owned by Putin’s friend Gennady Timchenko, for cost overruns of 2.38 billion rubles, and it has already won some of the lawsuits.

And yet, despite the tighter control and the more realistic initial cost estimates, the Russian World Cup is inexplicably expensive when it comes to stadium infrastructure spending per seat.

The spending of previous World Cup hosts (excluding Germany, with its superior soccer infrastructure that didn’t require much renovation) was largely equal in scope.

Russia’s sets a record, according to data compiled by StadiumDB.com. (The site has an even higher estimate of the Russian costs than in the chart below, which was made before the final spending numbers were known. I revised it downward.)

The Russian government has obviously tried hard to internalize the lessons of Sochi and avoid huge misspending. But the Putin system, in which inflated cost accounting on government projects is one of the biggest sources of private wealth, is simply not designed to build things cheaply.

That’s one reason the country can’t meet the development goals set by Putin, and it’s likely the biggest reason the oil windfall of the late 2000s–early 2010s didn’t turn Russia into one of the world’s wealthiest nations.

One just has to hope the matches will be worth the gold-plated seats in the stadiums.

This article was published on Bloomberg LP